Most of Australia's central and northern arid regions are regularly watered by the seasonal monsoon rains which dump water on Australia's 'top end' during the summer months from late September thru to as late as March.

Much of this water then flows south thru the parched arid centre of Australia, bringing life to birds, animals and plants along the way. During the monsoonal rains of 2008/2009 there were spectacular photos and videos of the water flowing into LAKE EYRE, the most it had seen for more than a decade. Birds were seen coming hundreds of miles to descend on the new feeding ground created, with fish being brought to life along the reaches of the Georgina, Diamantina and Cooper Rivers as they flowed south towards their destination at one of the largest salt lakes in the world.

Read about the 2008/2009 filling of Lake Eyre; as reported in The Australian Newspaper online. (Jamie Walker - 26 February 2009; Photos Kelly Barnes). 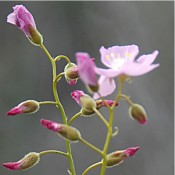 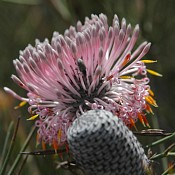 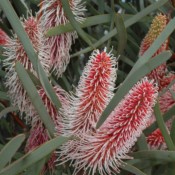 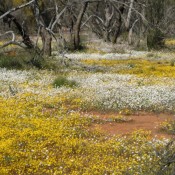 Come and see a Land of Wild Colour